Congratulations to Stephanie Orchard a previous student at West Midlands Nail and Beauty Academy who won Gold at the World Skills 2017 in the Nail Technician category. 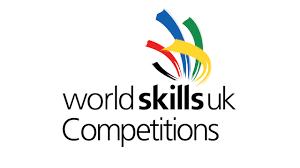 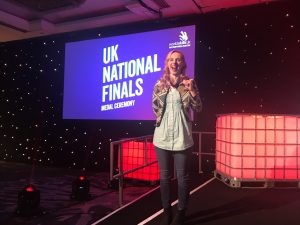 We are extremely proud to have contributed to Stephanie’s career over her time at the Academy and, more recently supported her over the months leading up to the competition which took place at the NEC in Birmingham as part of the Skills Show

Stephanie beat off fierce competition over two intensive days to take Gold for the UK.  She was up against 7 other competitors from different colleges from all around the UK, Wales and Scotland, all competing for the title of best Nail Technician. The competitors had to complete 5 competitions over a 2 day period. They had to carry out a pedicure treatment, Gel Polish on the hands, a soak off/removal of gel polish, manicure treatment with salon nail art on the first day, the second day they had to complete pink and white acrylic nails on the left hand which is an advanced treatment,  fantasy nail art with the showing the theme which our student chose Romeo and Juliet “Midsummer Night’s Dream” on the right hand all within a set time.  This was a very hard competition which really shows resilience, tenacity, strength of character, endless months of planning and mentoring and practicing their skills to a very high level. Jacqui Jefford one of the judges, a real icon in the nail world, author of many nail art books and a former international nail competitor herself called Stephanie “The Queen of Nails”, which was a huge compliment in itself. 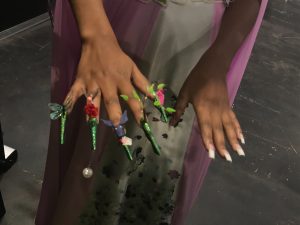 Academy Founder and Director Lyndsey Tidmarsh said “Stephanie’s win highlights our commitment to our students offering dedicated post training support and mentoring.  I’m  so proud of all the hard-work Stephanie has put into her future career over the past few years at the Academy.   I am particularly proud that she worked incredibly hard to win the Gold she so deserves. It just goes to show that you should never give up on your dreams and never say ‘I can’t do this’.” 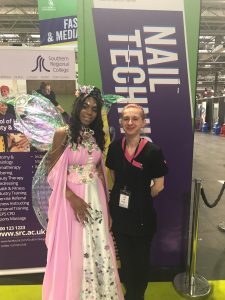 Minister for Skills Anne Milton MP, who attended the event with several other Cabinet colleagues said: “You have something amazing – WorldSkills UK is without doubt one of the most important organisations within my portfolio.  Skills have never been higher on the Government agenda.”

Many of the winners now have the opportunity to go forward and be considered for Team UK selection and represent his/her country in the forthcoming international finals in Budapest and Kazan in Russia.

For further information about West Midlands Nail and Beauty Academy and the courses and training we offer all students you can contact Lyndsey on 0121 794 0612 or email info@westmidlandsnailandbeautyacademy.co.uk